Auteur – a filmmaker whose individual style and complete control over all elements of production give a film its personal and unique stamp.

Justin Kurzel is an auteur if nothing else.  He completely owns his adaptation of Macbeth and does justice and honor to the legendary playwright.

The film presents a raw and sharp performance to the screen.  The cinematography is absolutely enthralling and the editing reflects the lucid mind of Macbeth as he slowly descends into madness.  It’s edited in a nonlinear fashion and jumps around in scenes which offer the feelings of being very art driven and nontraditional.  It also has multiple scenes interlaced with slow and fast motion shots, that provide something unlike anything I have scene. The cinematography done by Adam Arkapaw (True Detective, also has two Emmy’s for cinematography) is absolutely what sets this film apart from all other Macbeth adaptations. 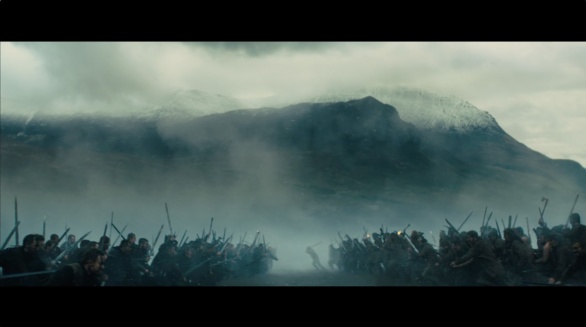 The most unique part about this version of Macbeth is how intense and violent it is, although the play in itself is very violent and disturbing.  There are only two major battle scenes and they are so well done that they affect you for the rest of the movie.  The intensity of the battles is well balanced against the somewhat airy and unsettling monologues, all of which are shot in a single take which adds to the tension.   Between the elements of war and monologues, the eeriness does not let you rest and the tension is stable and steady throughout the entire film.

The score is very minimal and gives way to the lengthy monologues, staying to true Shakespeare.  The locale is set in the fog covered mountains of Scotland, giving it an overwhelmingly eerie atmosphere carrying throughout the entire film.  It reflects the clouded mind of Macbeth and gives the unsettling feeling when he interacts with his delusions in the mist. 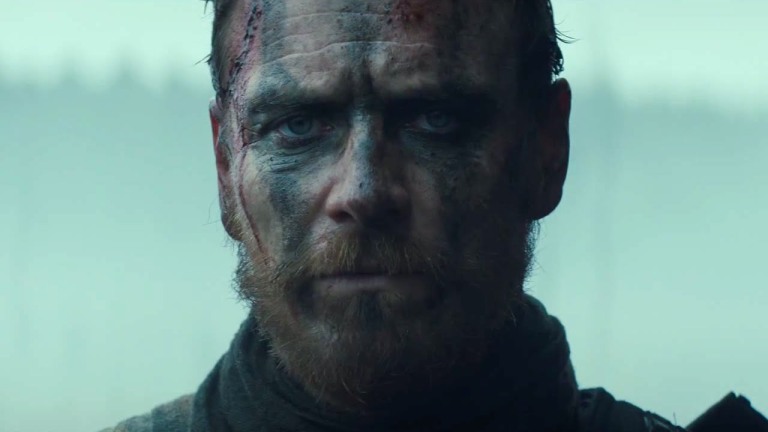 Michael Fassbender as a hell-bent murderous Macbeth really unhinges this movie and makes it what Macbeth is, a disturbing, jagged and delusional tale of one man’s descent into madness.  Fassbender is having an immensely productive year giving three fantastic performances; Steve Jobs, Slow West and now Macbeth.  He delivers a great performance in every scene and makes your skin crawl in his discourses. 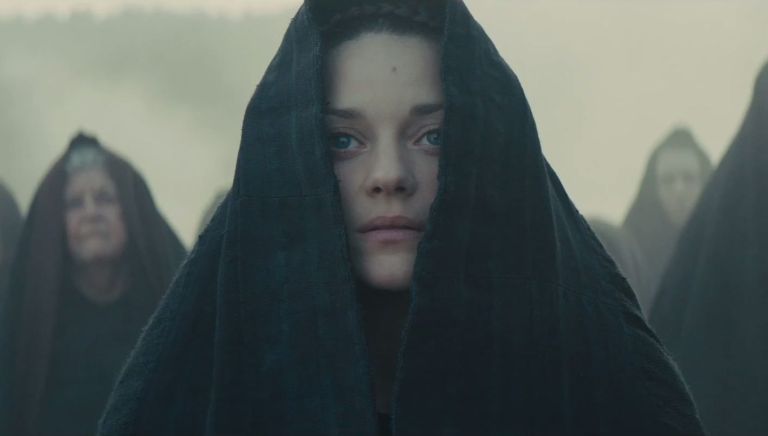 Marion Cotillard, a highly esteemed actress, plays a supporting role and could have given more opportunities to perform although what she does with what she has is absolutely chilling.  There is one integral part to her role as Lady Macbeth that was underplayed and that is my biggest critique

My only other critiques come from having a limited budget, most of the budget probably being spent on actors leaves us with small sets, not many extras and keeps the film on a small scale. It could benefit in some scenes from a larger budget but I rather liked the small and simple sets, making it feel like a play tucked away in the eerie foothills of Scotland.

TLDR – Kurzel paints a bloody, sticky, jagged version of Macbeth where Fassbender shines in the mud and fog of the Scotland foothills and the movie really suffers from an underutilized Marion Cotillard as Lady Macbeth and also a small budget which shows in set design, extras, etc.