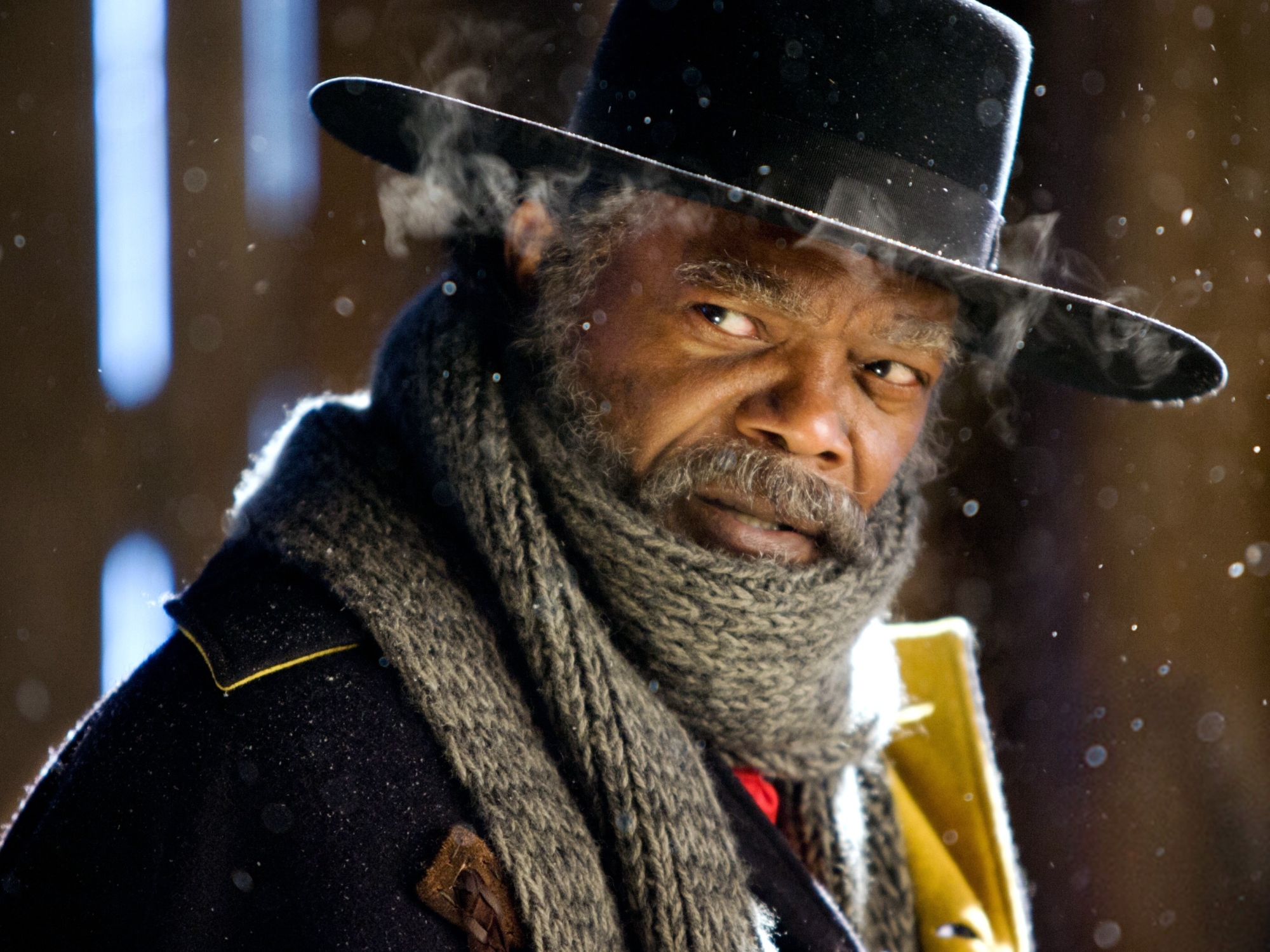 I am and have always been a huge Tarantino fan. I don’t like him for his overall filmmaking style (though I enjoy it) nor do I pay him service simply for being QT. I enjoy his films because they fit into a nostalgic frame of my love for movies; they provide a backdrop of cinema that is not comparable with most movies. His movies stand out and that’s what makes him Tarantino. I prefer Reservoir Dogs and Pulp Fiction to the Kill Bill duo or Jackie Brown, however his recent historical numbers give something I really love; inordinate amounts of violence doled out to parties who more than deserve it. Seriously, how do you feel sorry for Hitler and white slavers in the American South? Well, you don’t, and that’s why it’s easy to stomach. Unfortunately, TH8 left each of its characters in the moral grey, and made it difficult for me to enjoy the maiming that went on for the last quarter of the movie. Although, it secretly made me hope that QT will one day step into slasher/horror films.

Now, that’s really the only issue I have with the movie. The rest of the film is QT taking us into his unique and lively way of telling stories. I’ll put it this way; TH8 would work marvelously on stage and would have us wholly glued to the characters throughout. Act I & II of TH8 delivers some of the best writing of 2015, showcasing a slow-building tense excitement that is noticeably missing from most films today. It does fizzle out regrettably, in Act III, as the haberdashery turns into a charnel house.

The electric performances and 1860’s Wyoming truly have character. Sam Jackson and Kurt Russell certainly settle into their skin like the veterans to the genre they are. Walton Goggins provides probably my favorite roll as the putzy son-of-a-civil-war-hero sheriff who I wish we were given more of. Surprisingly the screen time, with so many top tier actors, is well balanced. As a dyed-in-the-wool QT fan I was elated to see Tim Roth back in the saddle. The dialogue feels warm and rich, mirroring the haven of a cabin in the midst of a snowstorm.

The undertone of racism in this film is worth noting compared to Django. TH8 is post-Civil War and the bigotry in this film feels much more similar to what is present in the world today. There is a remarkable subplot between Jackson and Goggins’ characters that brings the film full circle in the end, however, it was lost in the midst of the macabre and I didn’t feel greatly drawn to either of their pasts due to lack of character depth. QT has such a large way of telling stories that would be so much more impactful if there was time made for the tale and less time allotted to visceral dissection. I’m hoping that he keeps making movies because he’s good at it.

TLDR: QT writes a wonderful whodunit for the first half of the movie and really buys you in then over indulges himself on gore and violence.  It’s funny and the characters work well but the violent acts they perform do not fit.