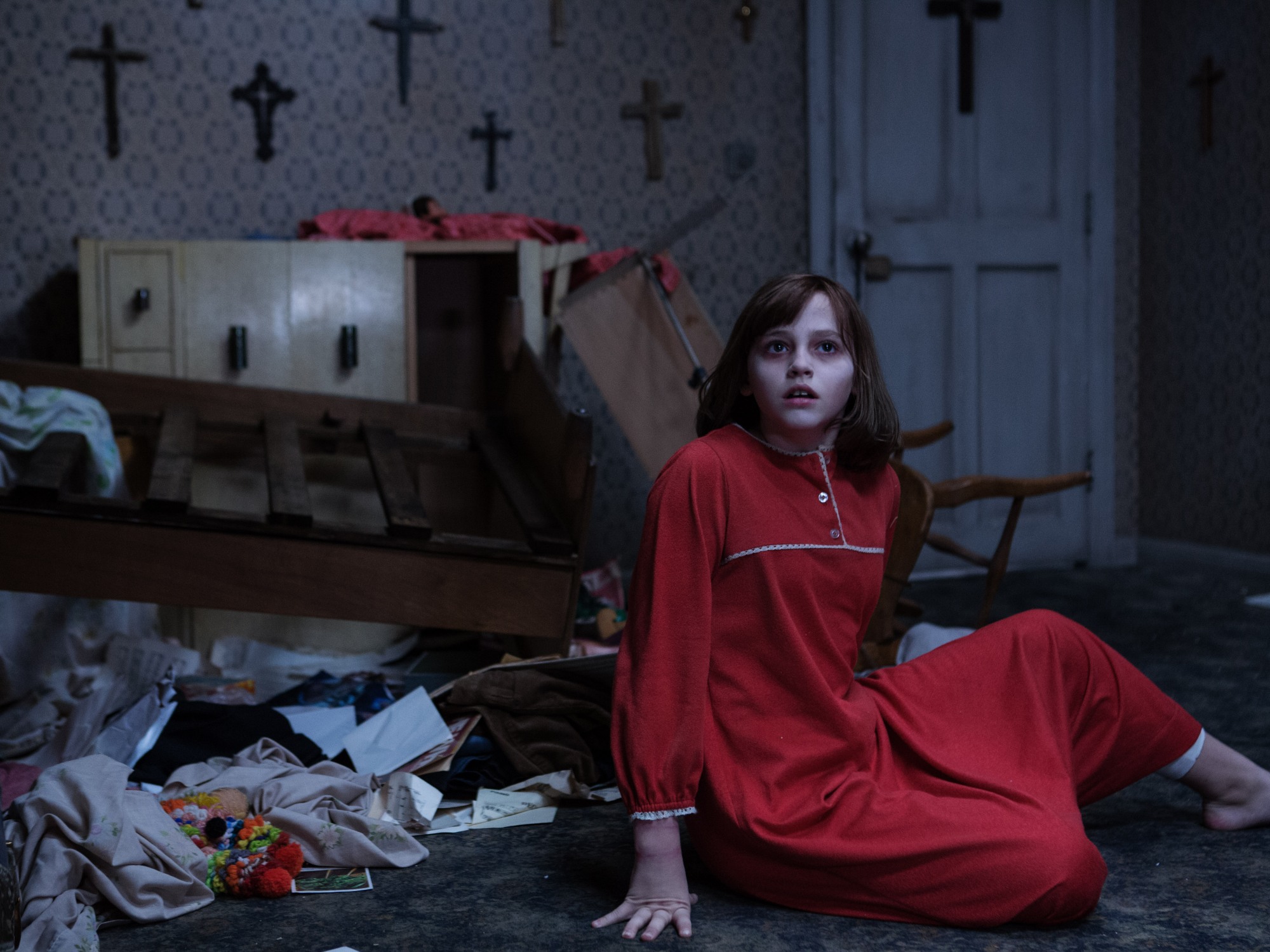 James Wan has been selling fear to the general public for past decade (Saw, Insidious, The Conjuring) and at this point he has tuned horror to a fine art.  The Conjuring exploded in 2013 and became one of the highest grossing horror films of all time.  Wan polishes the cliches of horror and shows us why they became a cliche in the first place.  He uses elements such as the jump scare correctly, meaning he shows you something to jump in fear at instead of a false fear.  Wan is not afraid to show his demons and that’s what makes his jump scares really really scary.

The Conjuring films are individual cases from the paranormal investigators Ed and Lorraine Warren. The first case to film adaptation brought a fresh element to the horror scene because they made sense, they felt tangible.  Wan directs his film with such care and does not overplay his characters or his monsters, meaning his characters make logical decisions.  But does his second installment stand the test?

The screenwriters are the Hayes brothers and you can tell that they worked for a long time on this screenplay.  At times it feels great, but other time it feels as though it is trying way too hard to weave two individual stories together and unfortunately the payout for the story is incredibly underwhelming.  They did build the characters in a way that no other horror movie does, such as developing the Warren’s Maria but at times the lengths that they went to do that was tiring. Patrick Wilson really takes over this movie, especially with a one take shot that was incredibly compelling.

This movie does feel almost too polished at times but Wan delivers on the knee tucking tension sequences that we paid $11.00 for.  The only problem is that there is nothing new here.  All the scares and monsters are very genuine and nightmare worthy but they aren’t fresh; instead they are classic, tested and true.  This movie didn’t bring the same fresh fear that movies such as It Follows and The Babadook have done in recent years. I can’t complain though.  This movie gave me exactly what I expected and what I wanted, a classic and refined horror movie that took no risks.