Remakes and reboots must balance the old and the new. Some films create new timelines from the old (Star Trek, X-Men: Days of Future Past), while other films create (somewhat) new universes with similar motifs and allusions to prior film(s) (e.g., The Jungle Book, Tarzan).

Ghostbusters (2016) falls into the latter category with success.

In the 1984 original, four men in New York City take on Zuul and his ghastly servants, including the Stay Puft Marshmallow Man. It’s an iconic comedy with long-lasting appeal. 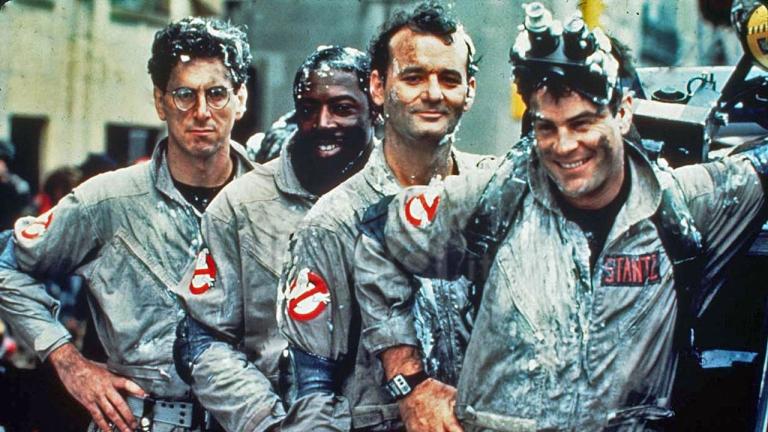 Now in 2016, four women in New York City face more challenging enemies: on-screen, a man with a too-strong desire for the apocalypse; and off-screen, a male-dominated culture of glass ceilings and naysayers.

The antagonist’s motive is verbalized and obvious: he was bullied and now he wants to bully others. Conversely, the protagonists’ primary motive is to catch ghosts validating their scientific pursuits and to stand up to those who have picked on them for their ghost beliefs and experiences. Further, the ghost girls — Erin, Abby, Patty, and Holtzmann — want to prove to the world that girls can bust ghosts too.

As such, one of Holtzmann’s shirts reads, “One of the boys.” It’s a subtle pulse of the heart of the comedy: Girls can bust ghosts, overcome bullies, succeed at science, and make people laugh all at the same time. In this new universe, girls can now be “one of the boys” indeed.

In contrast to the original, which loses comedic steam by the climax, the 2016 remake spaces jokes well to keep the audience laughing from beginning to end — even into the credits. Most gags are forms of miscommunication, which are rarely forced. However, a few one-liners suffer due to a combination of poor writing and delivery.

References to the original film are plentiful but not overbearing. Easter eggs abound without stalling the film. Three (or more!) well-placed cameos fit and several clever allusions provide a good mix of old and new. Just once did a reference to the original bog down the film.

A major variance from the 1984 edition are the ghosts themselves. Improvements in technology over the last 20 years allows for more frightful and slimy ghouls. The ghosts in this film are actually scary — including the first ghost that appears: a full-torso, legless, ecto-projecting apparition, akin to the library-haunting ghost of the original. 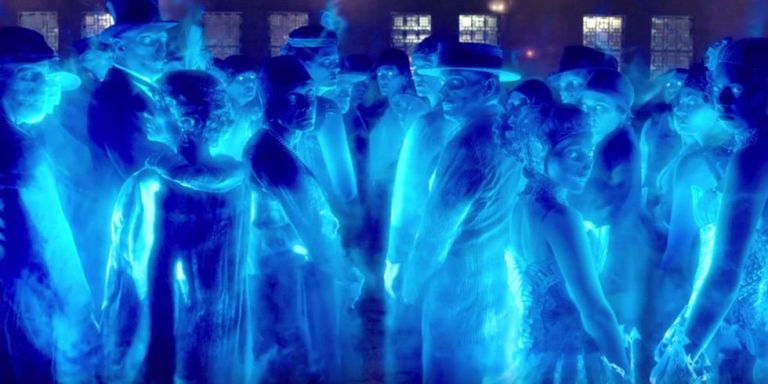 Where this Ghostbusters trips during its otherwise good run is in a few transitions. Many times a scene concludes with a character intending to do A, but without explanation the character does B instead. Early on, for example, Erin is adamant against going with Abby and Holtzmann, yet in the next scene she’s exiting the vehicle with them. These “off-screen turns” occur with enough frequency to weaken the film.