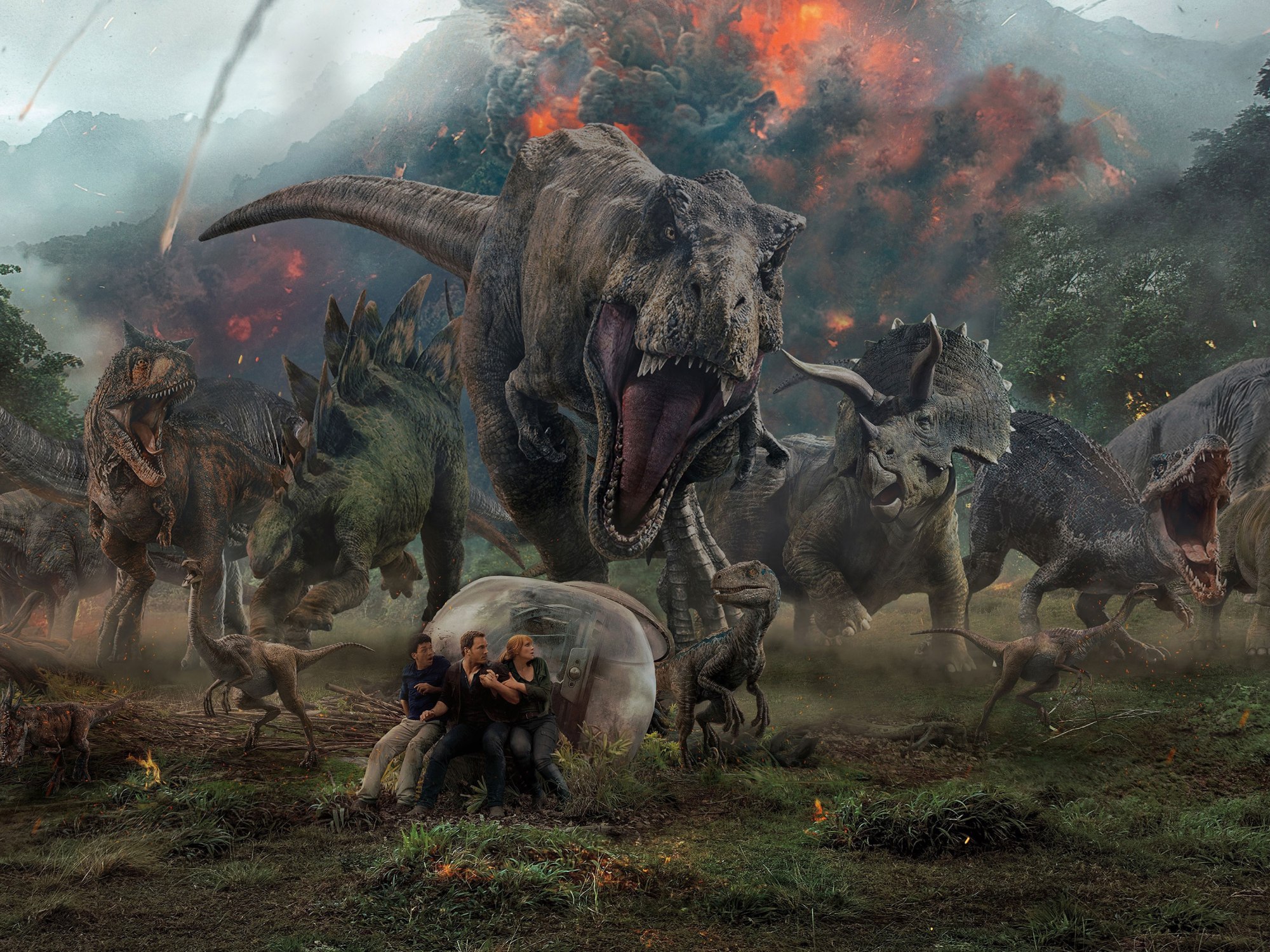 We have entered a sad time in the life of the Jurassic Park franchise, a time in which we know for certain that this series needs to end. The fifth installment in the franchise is stale, unoriginal and honestly a touch frustrating. It has few redeeming qualities, poor pacing and bland characters. Jurassic World: Fallen Kingdom tried to bring something fresh to the franchise by mixing up the setting, but that did not prove enough to dig this film out of the trash.

Let’s start with the good, and sadly that will be brief. This film was a joy to look at. The dinosaurs looked great, despite the lack of creativity with the film’s new beast. The set pieces were interesting and well designed. I loved the helicopter shots of the Isla Nublar and the scenes in the Lockwood estate. When I watched the trailer I saw scenes set in a mansion and I thought the scenes at the estate would feel out of place or childish, but that did not turn out to be the case. The change of scenery from massive theme park to the grounds of a mansion was one of the only successful elements of this film.

Pacing in this film was poor to say the least. By the time we get to anything interesting, I was checking my watch to see how much longer we had to sit. The first 90 minutes feel like a roller coaster, but the kind that you get off of and throw up because it was too much. The comic relief was ill-timed and the first half of the movie was carried by Chris Pratt’s jokes and Bryce Dallas Howard’s chest. I had trouble believing how we got to the place we did at the halfway point, and that stinks for a franchise that was built on a crazy situation that you felt could have been real. Ian Malcom’s chaos theory reigns supreme again, but it almost goes too far. The second half picks up the pace, but by that time I was too fatigued from the first half to want to be engaged. 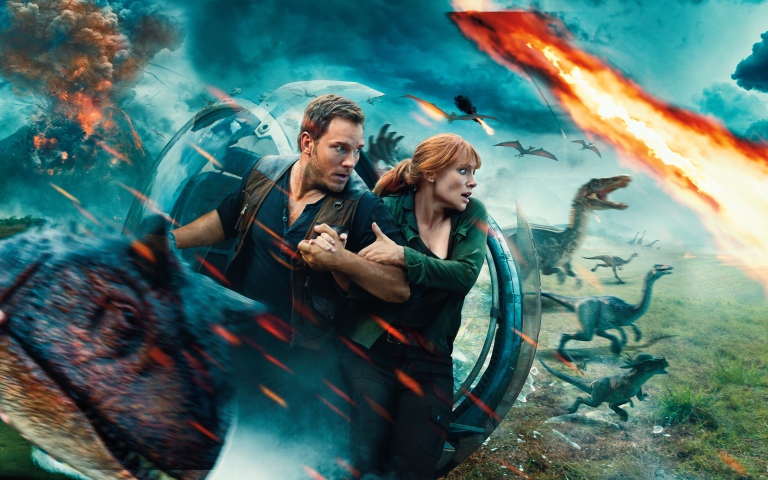 The characters were even more bland than usual. We have the returning Claire (Howard) and Owen (Pratt) who have seemingly learned absolutely nothing from the first film. We also get the addition of a couple new characters who I honestly do not remember their names. They felt  unimportant, I didn’t care if they got eaten or not by some new dino. The villian(s) were as boring and predictable as one could make them, not really adding to any of the drama in the film. The new big-bad dinosaur was just a smaller, barely different version of the one from the last film.

Honestly, if you are not a die-hard franchise fan you should probably skip this film. If you are a die-hard fan, go check it out and we can all long for the death of our beloved franchise together.