Following the most monumental moment in the MCU is an undesirable task, and Ant-Man and the Wasp drew the short straw.  Anyone watching this film is more concerned with the Marvel Universe post-snap than the two hour playtime of this film. Unfortunately for impatient audiences, there are two hours of lackluster Ant-Man antics standing in the way of that end credits scene.

Ant-Man (2015) was a blast, and could have been much better had Edgar Wright stayed on to complete the project. Even just a trace of Wright’s flare elevated the first film. Sadly, with him no longer involved we are left with Peyton Reed’s direction. Ant-Man and the Wasp suffers from the grey and lifeless tone of weaker MCU movies (Thor: Dark World, Iron Man 2, etc.). Reed struggles to enable any vision for this movie. I am not sure what I was supposed to gain or learn from this story. Sure, there are a couple of new characters and some semi-new tech but those elements didn’t seem to justify another installment in this series. 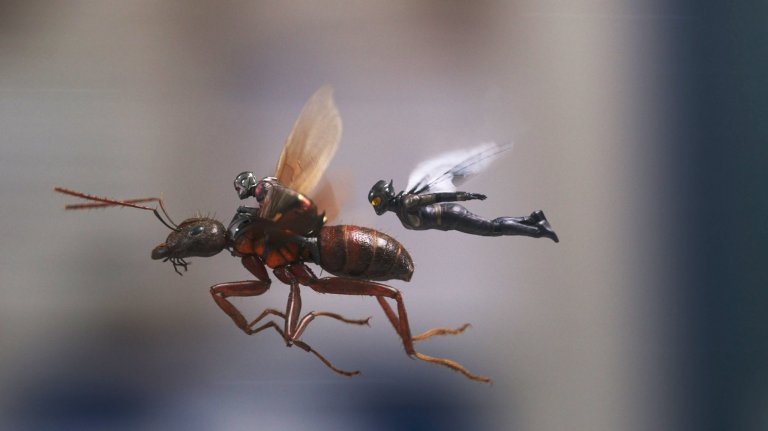 This sector of Marvel’s real estate is supported by its quippy comedy, which is very polarizing.  Some jokes land perfectly and others feel bland and awkward. Randall Park as the FBI agent Jimmy Woo, upends every other performance in the movie. He has excellent delivery and was an absolute surprise as a character. Michael Pena returns as Luis and carries the same charisma as before, serving as a constant source of levity, although not every joke lands. Michelle Pfeiffer, still rocking it at 60, brings the presence of a seasoned actress. Douglas does a great Hank Pym, but the writingleaves his character feeling unfinished.  Rudd and Lilly do a great job of building on the chemistry that was previously established, with just enough sexual tension to give their interactions extra depth. But Rudd’s jokes truly don’t land like they did in the original Ant-Man.

There were a couple of well-edited action sequences that creatively showcase our heroes powers but due to poor pacing the movie takes too long to get up and go. Time is wasted on scenes that could have been slimmed down to add more jokes or more action. A villain whose purpose was superfluous bogged down a film that truly could have gone without an antagonist. There is enough complicated and risky science floating around our characters that removing the antagonist would create more space to go deeper in a singular tone.

Having truly been spoiled by Marvel’s recent releases (Spiderman: Homecoming, Black Panther, Avengers: Infinity War), I was wary of the typical Marvel sophomore slump. My fears have come true, as Reed fails to bring a breath of life to a movie that needed to shine in a tumultuous Marvel Universe.

One thought on “Ant-Man and the Wasp: Thanos is Hard to Follow”